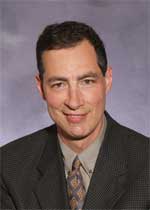 A native of New York City and graduate of SUNY at Buffalo Law School, Larry Scancarelli has actively practiced as a real estate attorney and real estate litigator in San Francisco for over 30 years. A member of the State Bar of California, he served as Vice-Chair of the Real Property Section of the Bar Association of San Francisco (BASF) for ten years.

He is AV-rated by Martindale-Hubbell as “”preeminent” for ethical standards and legal ability. Through BASP and other organizations, he has moderated and participated in numerous panels and seminars and has written articles for attorneys and real estate professionals in the areas of landlord-tenant law, brokers and real estate purchase/sales.

“Truth, Justice and the American Way”

As a political science major in college at Stony Brook, Larry was inspired by a constitutional law class where he learned about some important Supreme Court decisions which established our American rights of freedom of speech, privacy and equal protection of the laws. “Truth, justice and the American way,” like the Superman TV show, but for real.

One case that had a particular impact on his career choice was the Yick Wo case, which established that Chinese laundry businesses in San Francisco were entitled to equal protection of the laws and cannot be discriminated against.

He was also influenced by his Aunt Adrienne and Uncle Eugene, who were attorneys and judges in New York.

Disputes over real estate are inevitable.

As an experienced litigator, more than 20 years ago, Larry, having taken mediation training has strongly believed that almost all disputes, including real estate disputes should be resolved efficiently and, if possibly amicably to avoid costly litigation, usually through alternative dispute resolution, including mediation.